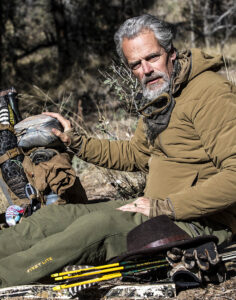 Ted Koch is Executive Director of the North American Grouse Partnership. He received a B.S. in Biology from Southern Connecticut State University and an M.S. in Zoology from Idaho State University. He served as an endangered species biologist for the U.S. Fish & Wildlife Service for 30 years, working on all kinds of plants and animals, including sage grouse and lesser prairie-chickens. Ted resides in Garden Valley, ID. 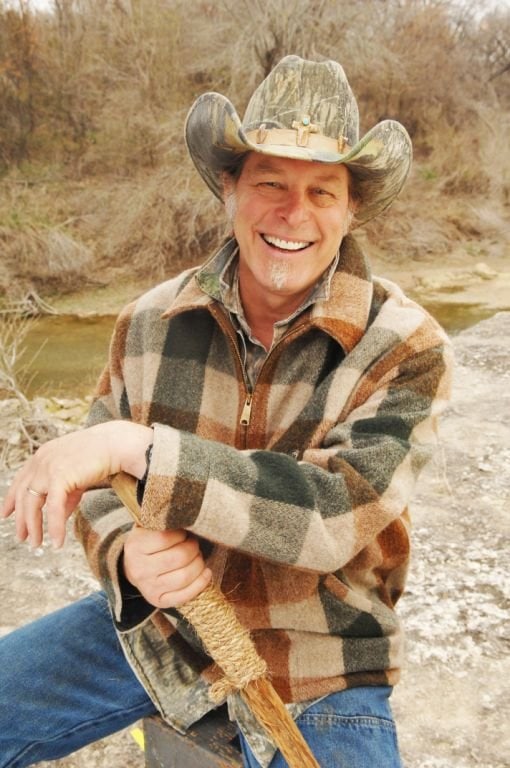 Select few professionals are possessed of the skill, passion and sheer tenacity to break record after record in their chosen field. Fewer still can stake that claim in more than one arena.

To millions of music lovers, Ted Nugent has carved a permanent place in rock & roll history selling more than 40 million albums, performing more than 6,750 high-octane concerts, and continuing to set attendance records at venues around the globe. To further millions, Nugent is the nationâs most outspoken proponent of our 1st and 2nd Amendment rights, conducting thousands of pro-gun, pro-freedom, pro-America interviews in major media worldwide. He serves on the Board of Directors of Gun Owners of America and has served continuously on the Board of Directors of the NRA since his initial election in 1995.

Nugent is dedicated to preserving our great outdoor heritage for future generations. To that end, he founded the Ted Nugent Kamp for Kids in 1989. Both Ted & Shemane Nugent regularly host hunts for sick and terminally ill children with Hunt of a Lifetime, Hunt for a Cure, and via their own Kamp.

A recipient of myriad commendations from state police, sheriff departments, FBI and police agencies, Nugent has been lauded for his work with Big Brothers/Big Sisters and the Pass It On Outdoor Mentors Program. He proudly serves as Ambassador for Exodus Place, advancing the goal of âzero veteran homelessness in Michiganâ and works with Operation Finally Home to provide quality, mortgage-free housing for our wounded and disabled vets.

Ted was honored with the prestigious James Fenimore Cooper Award for his accomplishments as a writer, and for his enormous contributions to the promotion of our hunting & outdoor heritage. He is a New York Times bestselling author, whose books include Ted, White & Blue: The Nugent Manifesto; God, Guns & Rock ânâ Roll; Kill It & Grill It; BloodTrails and BloodTrails 2.

Ted Nugent was named Detroitâs Greatest Guitar Player of All Time by readers of MLive. His award-winning Ted Nugent Spirit of the Wild television show recently celebrated its 500th episode. The Ted Nugent Spirit Campfire Podcast with John Brenkus launched in 2020 and has already established a worldwide following.

For all things Nugent, visit www.tednugent.com 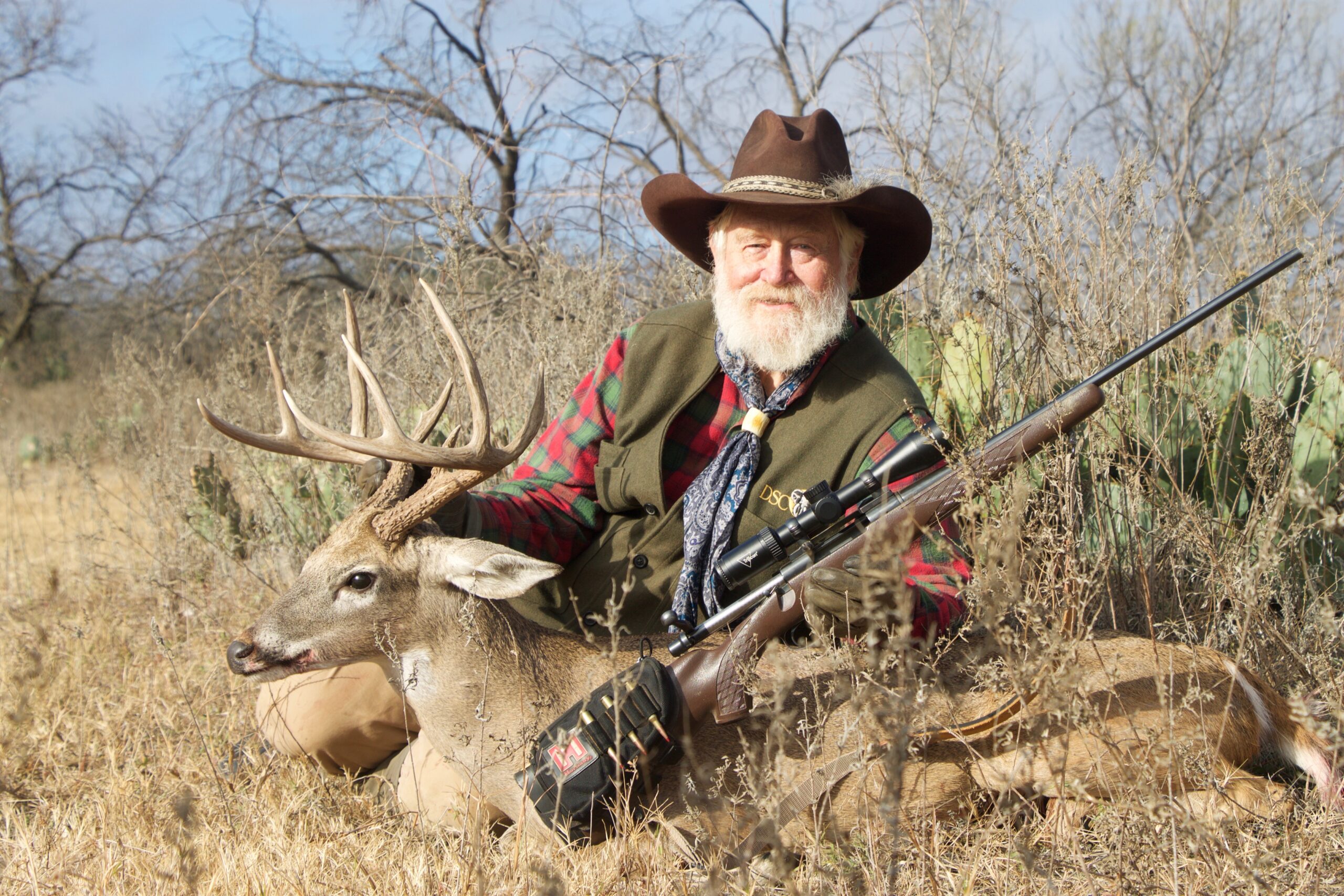 Professional wildlife biologist, outdoor writer, book author, speaker, television show host, radio host, podcaster and always hunter/conservationist, Larry Weishuhn is one of our countryâs most recognized and respected outdoor personalities. Even though known internationally as âMr. Whitetailâ because of his many years of researching, managing, hunting and promoting whitetail deer and their habitat, Larry has hunted and worked with big game throughout North America, Africa, South America, Australia, New Zealand, Asia and Europe.

Larry grew up in Colorado County, Texas. He attended Texas A&M University and earned a B.S. Degree in Wildlife Science. After serving as a research wildlife biologist with Texas A&M Universityâs Department of Veterinary Pathology and the Texas Parks & Wildlife Department, he was appointed the Technical Assistance Biologist for South Texas where he worked with landowners and hunters in establishing and maintaining quality wildlife management programs. He later left State employment and established his own wildlife management company, Quality Management, Ltd., with emphasis on habitat restoration and species management concentrating on such big game species as whitetail deer, mule deer, pronghorn antelope, elk, and desert bighorn sheep.

As a professional wildlife biologist Larry has established quality wildlife management programs on over 12,000,000 acres. His research has been published in numerous professional journals and he has frequently served as a featured speaker at international wildlife symposiums devoted to wildlife conservation.

Larry has long served as host or co-host for many award-winning outdoor television shows, numbering well over 500 episodes. His shows have been awarded numerous Tellys and have been nominated for Emmys. These days Larry co-hosts the extremely popular, weekly âA Sportsmanâs Lifeâ on CarbonTV.com and does several episodes each year for âTrijiconâs World of Sports Afieldâ.

Larry has been doing a weekly radio segment, âCampfire Talk with Larry Weishuhnâ on Luke Clayton Outdoors since 2008 which is heard on stations through Texas, Oklahoma, Kansas, Nebraska, Arkansas and Louisiana as well as internet radio. With Luke Clayton he also co-hosts âHunting Wire Radioâ. He and Luke Clayton also do a weekly podcast, âCampfires with Luke and Larryâ for Sporting Classics Daily. Larry also frequently guests on various outdoor radio shows and podcasts throughout North America.

In June 2019 Larry launched his popular weekly âDSCâs Campfires with Larry Weishuhnâ podcast which is available through WaypointTV.com and many other platforms.

Weishuhn hunts with rifles and Taurus handguns, topped with Trijicon scopes and sights, shooting Hornady ammunition. Asked his favorite hunt, his answer is always, âThe next one Iâm going onâ.

Weishuhn has long served and continues to serve as an ambassador for Dallas Safari Club. He is a Professional Member of the Boone & Crockett Club and is one of three co-founders of the Texas Wildlife Association. He is a life member of Houston Safari Club, Dallas Safari Club, National Rifle Association, Wild Sheep Foundation, Mule Deer Foundation and other conservation-based organizations. In 2007 Larry was inducted into the National Legends of the Outdoors Hall of Fame. In January 2016 he was presented the prestigious Zeiss Lifetime Achievement Award, which in Zeissâ history has only been awarded two other times. That year he was also inducted into the Muy Grande Hall of Fame. Weishuhn serves on several DSC Committees and is a member of the DSC Foundation Board of Directors, where he currently serves as secretary.