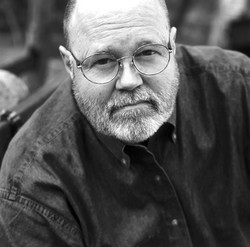 Stephen Hunter is a New York Times Best Selling author of 20 novels and the retired chief film critic for the Washington Post, where he won the 2003 Pulitzer Prize for Distinguished Criticism. In 1968, Hunter Graduated with a degree in Journalism from Medill School at Northwestern. From there, he went on to Military service, becoming one of the guards honored at Arlington National Cemetery. In 1971, using his journalism degree, Hunter became a writer at the Baltimore Sun and was the paperâs first film critic by 1982.  From there, he assumed a position with the Washington Post in 1997. Having found his true niche, Hunter became highly successful as a film critic, winning a Pulitzer Prize for his movie criticism and a Distinguished Writing Award with ASNE.

Hunter has penned 27 novels, short stories, and novellas. His âBob Lee Swaggerâ character has been featured in 11 novels, including âPoint of Impactâ, which was adapted for film and TV as âShooterâ. Hunter lives in Baltimore, Maryland.

Stephen’s military service history and writing background including 27 novels, short stories, and novellas. We go in-depth with his writing process, and why he chooses the topics he does. Let’s not forget about hunting, firearms, and his thoughts on recent legislative topics.