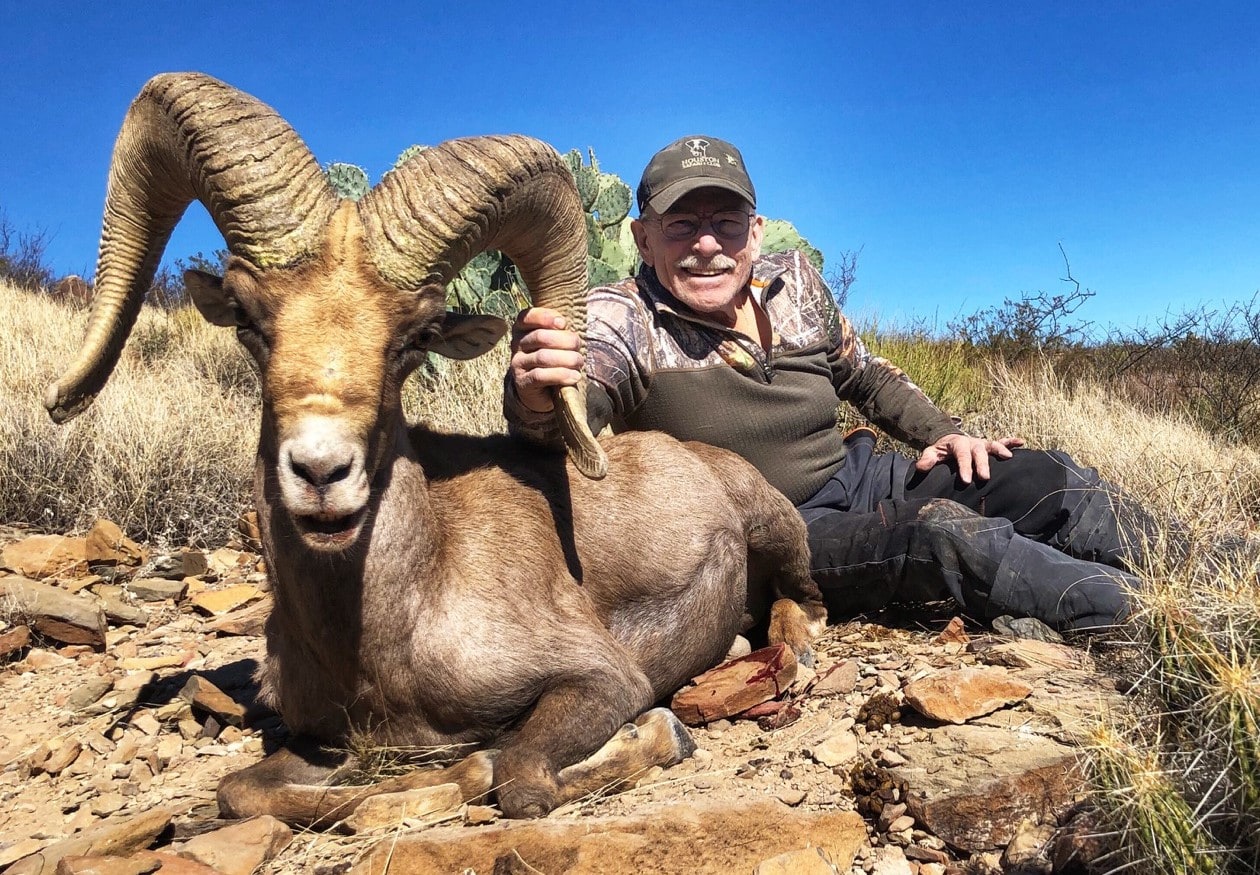 Mike Ambrose grew up hunting rabbits and pheasants on his uncleâs farm in central Illinois. He joined the U.S. Navy in 1966 and graduated from Underwater Demolition Team (UDT) training and was assigned to SEAL Team 1. After three tours of duty in Vietnam, Mike headed to Louisiana and entered the offshore industry as a tender and was diving commercially within a year. Mike worked all over the world in the commercial diving industry, having dived to over 1000 FSW and logging more than 6 years in saturation diving. He eventually went to work for Offshore Pipelines Inc. and later graduated to management in 1991, working his way up to Executive VP, International for Cal Dive International. His duty stations were mostly international until he retired in 2010. Mike was later called back to take a position in Thailand until 2014.

Mike began big game hunting in 2006 with a New Zealand trip and continues with some vigor until today. He has over 160 species recorded and has been on all six continents. He received a double lung transplant in March of 2020, and since has returned to golf and hunting, even sheep. He is missing only 3 North America Ovis species from his pursuits. Those hunts are booked for 2021 and 2022.

Mike is a Houston Safari Club Foundation Life Member and former member of the HSCF Board of Directors.

On this episode, Joe speaks with Michael Ambrose about how he first got into hunting and the outdoors and then dive into his time on SEAL Team ONE beginning in 1966. What were the early days of training like? After his time with the SEALs, he became a commercial diver and Michael talks about his interesting and dangerous encounters. Michael takes us back to his hunting life, having hunted over 160 species he has quite the experience and VERY interesting stories, this is an episode you do NOT want to miss! Tune in Saturday morning at 6:00 AM CST on 950 AM KPRC.