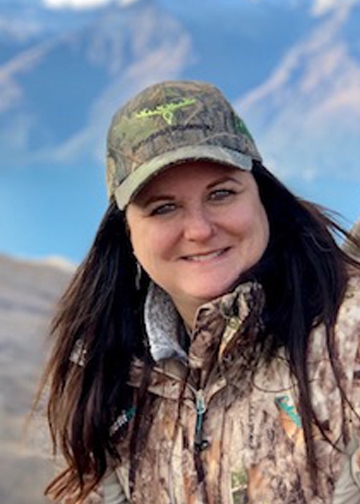 Jody Simpson began her participation with HSCF in 1980. She became a lifetime member in 2013 and at that timed joined the Gazelleâs Committee. She has donated to the Gazelleâs silent auction, been a Gazelleâs Luncheon Sponsor, and served as the Gazelleâs Luncheon Co-Chairman since 2017. Jody and the Simpson family have supported and hosted Gazelleâs Retreats for 2018 and 2019 in effort to promote the involvement of women in the outdoors and hunting. In addition to her work with HSCF, Jody is a Lifetime Member of the NRA.

Jody holds a Masterâs in Education (M. Ed) and served the Harris County community for 29 years as a Director of a Special Needs School. Jody was named the American Association of University Women (AAUW) North Harris Outstanding Woman in Education for 2018-2019. Jody retired from public education in July 2020 but remains dedicated to educating youth. Jody supports outdoor and experiential education and advocates hunting for youth to develop their appreciation of the outdoors and foster their desire to conserve wildlife. Jody and her husband, Michael, are parents to Megan and Jake and grandparents to Julia and Lilly. Jody has had the privilege of being introduced into the hunting world by her husband and his parents Mike and Becky Simpson at the age of 17. The Simpson family and the HSCF members have inspired her to travel and hunt around the world. Jody is always prepared to take on a new adventure.