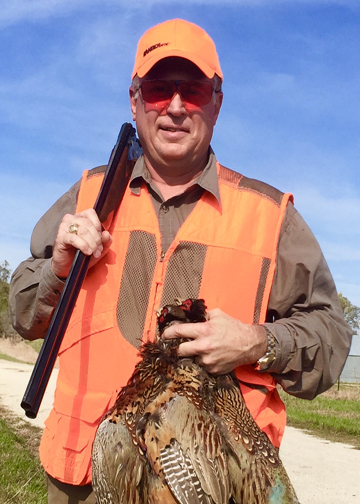 He has been a member of Houston Safari Club Foundation since 2008 and is a Life Member. Jeï¬ has served as a past Vice President. In addition, he has served as Chairman of the annual HSCF Sporting Clays Tournament for two years and as the HSCF Convention Chairman. Jeï¬ also serves on the Board of Directors for Operation Game Thief, Trinity Oaks Foundation and Child Advocates.

Jeï¬ has been an avid hunter and competitive shooter since childhood and loves to compete as a sports shooter. He is the owner of Alliance Graphics & Printing and is a diehard Texas A&M Aggie.