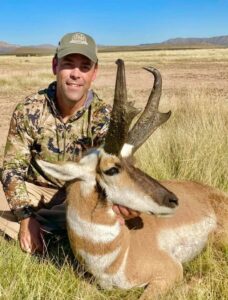 Justin serves as the Chief Executive Officer for the Texas Wildlife Association (TWA).  Founded in 1985, TWA represents the interests of private landowners and hunters and provides conservation education to youth and adults around the state.

Justin is an avid hunter and angler who fell in love with the outdoors at an early age hunting the brush country of south Texas with his family. Before joining TWA, Justin spent seven years with the Texas Parks and Wildlife Department where he served as the Private Lands and Public Hunting Program Director.  He is a Certified Wildlife Biologist with a bachelors and masterâs degree from Texas A&M University.

He and his wife Rachael live in Austin, TX with their daughters June and Jill.