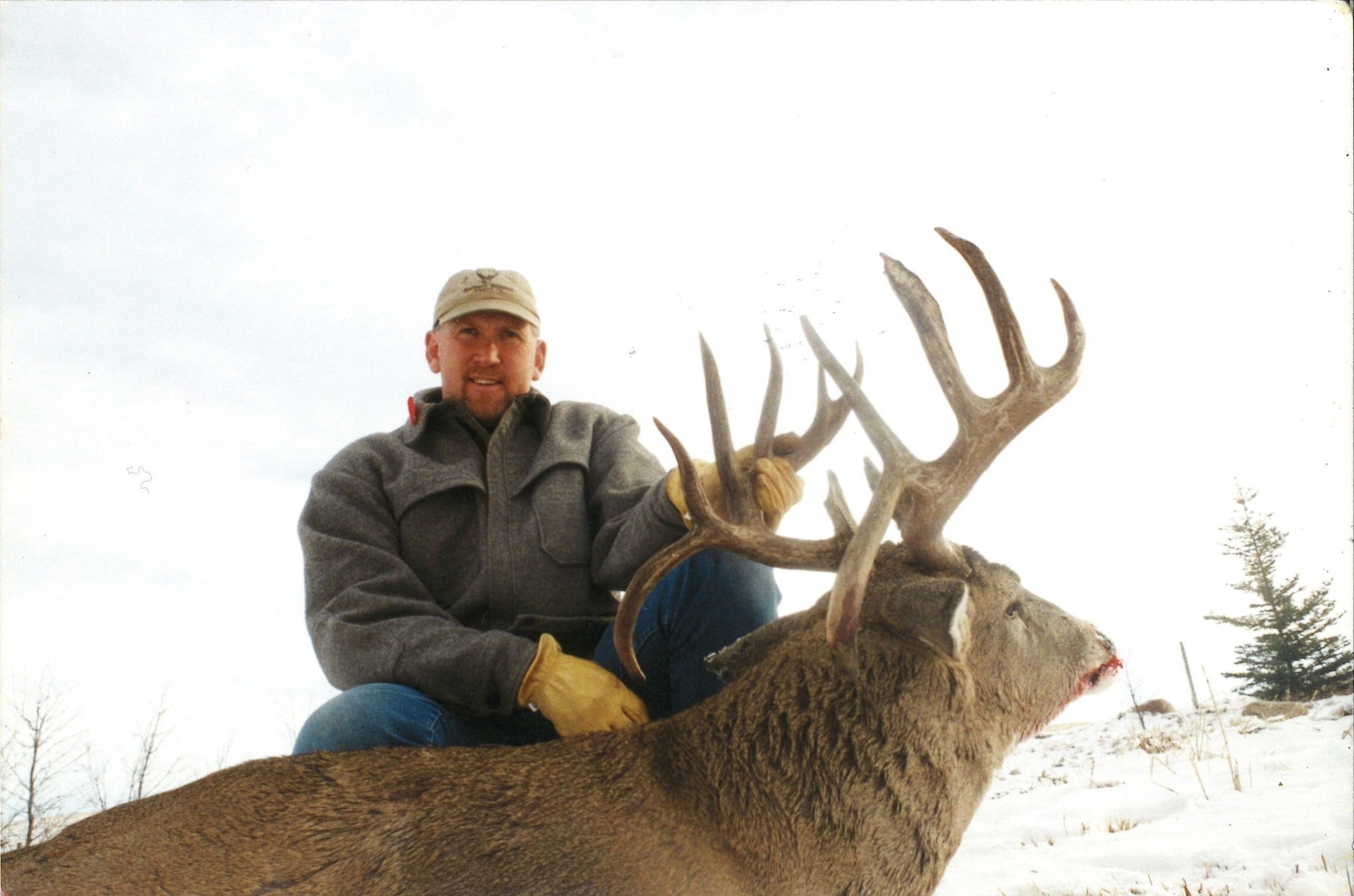 Rod began his hunting career in 1960 with his Father and Uncle and it is part of the same area he still hunts today as an Outfitter.  Being born and raised in this area that arguably has the largest free ranging Whitetail in the world, was a huge advantage when he formed Buckbrush Outfitters in 1982.  His first hunters were Tommy & Anna Morrison.  They have continued hunting with him through the years, as well as many other Houston Safari Club members.  The Houston Safari Club âWhitetail of the Yearâ award was presented to members 6 different times from trophy bucks taken with Buckbrush Outfitters.

In addition, Rod hunts exceptional trophy Rocky Mountain Mule deer in the same location, with a goal to take only 180 class and larger B&C Mule deer.  This is one of only a few places in North America where Free Range trophy Mule deer may be hunted without having to climb a mountain!

Rodâs son, Logan, grew up among hunters and hunting, creating his passion for hunting trophy deer. During the last 20+ years, he assisted in organizing and guiding hunts.  Buckbrush Outfitters has exhibited at the Houston Safari Club conventions for more than 35 years.