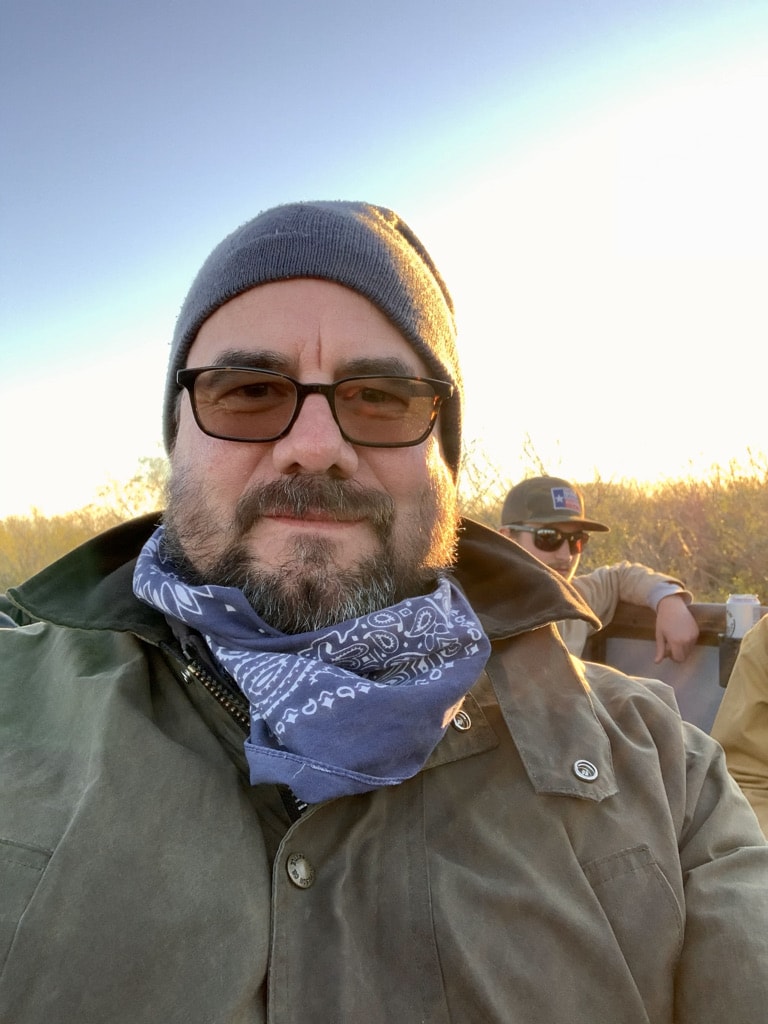 John D. Shepperd is a sixth generation Texan, born in Austin and raised in San Antonio. After high school in San Antonio, he graduated from University of Texas in Austin with a degree in American Studies. Although Shepperd learned to hunt and fish at an early age, it was during college when the writings of Edward Abbey, Thoreau, John McPhee, and Aldo Leopold really shaped his appreciation for the natural world.

After college, Shepperd worked as a Policy Analyst at the Texas Capitol, then joined the Texas A&M University System as a Research Associate in the departments of Forest Science, Rangeland Ecology and Management, and Agricultural Economics. He planted trees, worked in a laboratory, restored coastal habitat, modeled financial impacts of flood events, surveyed wetlands and saltwater marshes, built the first nursery in Texas dedicated to growing dune plants, and worked as a liaison between the Army Corp of Engineers, TAMU Department of Agriculture Economics, and dozens of South Texas ranchers and farmers.

In 1996, John exchanged his muddy boots for a coat and tie and joined the Senate Natural Resources Committee as a Policy Analyst working primarily with Texas Parks and Wildlife Department and the Department of Agriculture.  After two productive Sessions at the Texas Legislature, he moved into the private sector, co-founding two successful healthcare companies.

In 2014, John joined Blackridge Governmental Affairs as Director of Operations, once again back in the political arena.  During the 84th Session, he worked on a multitude of projects, including analyzing and tracking legislation, educational outreach, fundraisers, PAC spending, office communications, and lobby team coordinating and strategy.