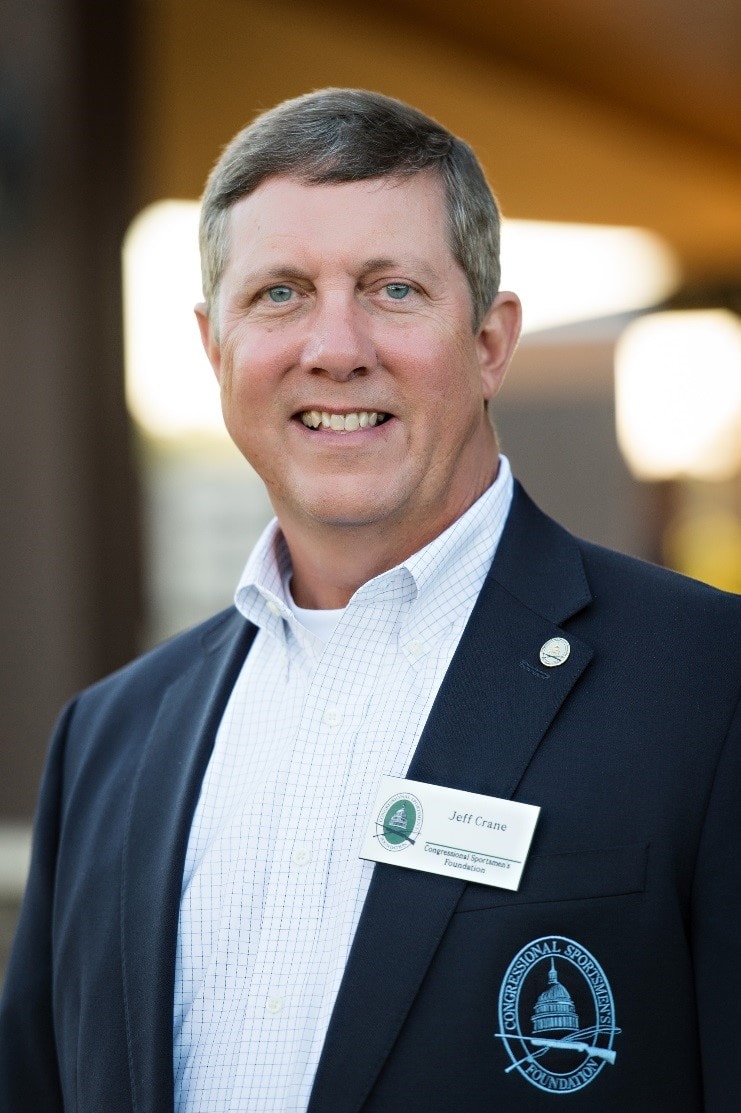 Jeff Crane is the President of the Congressional Sportsmen’s Foundation (CSF). Jeff joined CSF in 2002 and brings nearly 40 years of experience in on-the-ground natural resource management and policy expertise at the federal, state, and international levels.

A life-long outdoorsman, Jeff spent five years working in the U.S. Congress and was instrumental in establishing the Maryland legislative sportsmen’s caucus prior to joining CSF. In addition, he has experience developing wildlife habitat management plans in the United States and South Africa.

During his eight years in Africa, Jeff obtained his professional hunter’s license and guided hunts for big game animals.

Jeff serves as the Chairman of the Hunting and Shooting Sports Conservation Council (HSSCC), a federal advisory council that reports to the Secretaries of Agriculture and the Interior. He is a past Chairman of the American Wildlife
Conservation Partners (AWCP), the largest coalition of hunting conservation organizations. He is a Boone and Crockett member, a member of the Government
Affairs Committee for Safari Club International (SCI) and served as Vice-Chairman
of Hunting and Wildlife Conservation Committee for the National Rifle Association
(NRA). Additionally, he is a Board Member of the Council to Advance Hunting and the Shooting Sports.