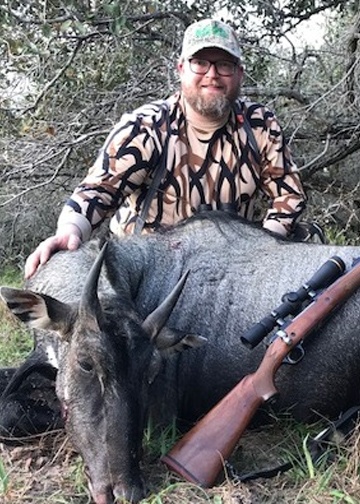 Jamison Smith is the owner of the Gun Cleaners of Houston and serves on the HSCF Board of Directors as Secretary. He is also the HSCF Firearms Chairperson. He has been a passionate hunter and outdoorsman since his father first took him hunting when he was three years old on their south Texas deer lease. He has continued this legacy his whole life and continues to hunt with his father, as well as his children. Jamison has hunted all over Texas, the United States and several international locations. His travels have enriched his passion and understanding for conservation.

Jamison owns and operates The Gun Cleaners-Houston and is involved in many conservation groups, including Safari Club International, Ducks Unlimited, Back Country Hunters and Anglers, and The Teddy Roosevelt Conservation Fund, just to name a few.